Is your company into gaming or maybe toys? Are you looking for a new product line to increase your sales?  or diversify and increase your target customers? After some years of hard work, our company, Janecosystem, has developed a new positioning system that allows your toys to move on a board following the commands set … Leer másDAW MULTIPLAYER SYSTEM

⦁ EXECUTIVE SUMMARY
Traditional toys and games are losing some degree of popularity in the face of competition from videogames. Players are demanding more interactive and intelligent toys and games, thus forcing the industry to find innovative solutions to integrate their traditional products into the digital world. This is the case for board games manufacturers that, with the growing penetration of smartphones, are leveraging various new digital technologies such as using a timer or assistants to develop games including mobile application as a part of their gameplay. This integration of the offline board games with mobile applications will further bridge the gap between offline board games and digital games.

According to different gaming industry analysis, the growing development of apps based on board games will be one of the major board game market trends gaining traction during the next few years

In this context, Janecosystems, a start-up company combining high technical knowledge in game design and industrial engineering, has developed a unique solution providing a competitive, affordable and adaptable platform for miniature-based games. The DRONE-Another world (DAW) solution is based on the use of proprietary minidrones allowing millimetric positioning of the miniatures and controlled by a communications system operated through mobile apps or desktop applications.

Moreover, the design of the system allows simultaneous interactions of thousands of players in hundreds of different board games, with as many miniatures and rivals (human and non-human) as necessary, thus transforming any board game into a real MMOG (Massively Multiplayer Online Game).

Current prototypes have been already tested and validated with a popular sci-fi wargame. From a technical perspective, the main objectives are now to introduce the upgrades already required by early-adopters, while assuring the compulsory regulatory requirements, and to improve the adaptability and scalability of the platform. From a commercial perspective, the company will focus on the prospection of new potential customers (in the miniature games sector but also other toy manufacturers) and the establishment of agreements with suppliers, distributors and other key stakeholders

The system is played physically but at the same time there is a virtual representation of it.

⦁ Business Model Business picture below summarizes the Business strategy for DOB. The key suppliers are the micromotors and WIFI modules providers, as well as the assembly company of electronic boards, because they are direct contacts of the manufacturer (Janecosystems has already made purchases for the prototypes). Janecosystems also has a commitment to procure and … Leer másBusiness Strategy

We want to take our technology to the next stage, we want to market our invention, which is why we are looking for it. Partners that contribute capital to shell the product. or A company that wants to continue with our development, as a friend commented, «You have developed the bulk of the work» Then … Leer másPlan & Market 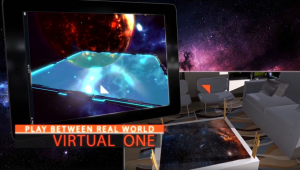 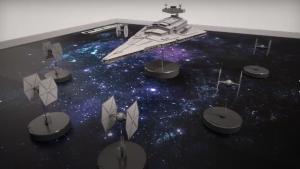 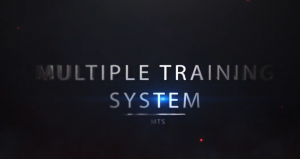